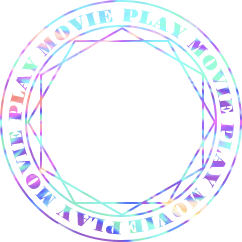 "Lineage," "aptitude," and "dedication"... These are essential for sorcery.

An ordinary sorcerer who deeply loved sorcery and yet wasn't blessed with the lineage or aptitude met a violent end. On the verge of his death, he strongly wished that he could've studied sorcery more to perfect it. He then finds himself reincarnated as Lloyd, the 7th prince of the Kingdom of Saloum, who possesses a strong bloodline of sorcery.

Reincarnated with his past memories as well as the aptitude and perfect bloodline, he starts enjoying a matchless life of "perfecting his sorcery as much as he pleases" using his excessive mana!

The comic is based on a light novel and is serialized in the Kodansha's manga app "Magazine Pocket." It has been ranked number one in sales within the app, and more than 2.5 million copies have been printed! The hottest "isekai/reincarnation fantasy" is now ready to be adapted into anime!

The story takes place in an isekai where monsters and demons dwell. The main character Lloyd possesses mana so immense that those who're well versed in sorcery fear him. In this tale, we see him continue to grow as he studies sorcery as much as he pleases and tries to perfect it. He's also a little happy-go-lucky, though he exhibits overwhelming power. This 7th prince's carefree reincarnation story filled with exhilarating and impressive sorcery battles now begins!

The seventh prince of the royal family that rules the Kingdom of Saloum.
He was reincarnated and grows up with the memories of his previous life as a sorcerer.
Although he's only ten years old, he has an enormous amount of sorcery knowledge and possesses mana that even terrifies demons.
He's not interested in things such as succession to the throne, girls, or romance.
Instead, his activities and desires are all focused on the research of his beloved sorcery and its practice. A demon who uses the old magic and once drove the Kingdom of Saloum into the verge of collapse.
After being sealed inside of a forbidden tome that was locked away in the kingdom's sealed archive for several centuries, he's released by Lloyd and they have their first encounter.
But he becomes overwhelmed by Lloyd's immeasurable mana and sorcery and surrenders to him. After that, he turns into a cute familiar and serves Lloyd.